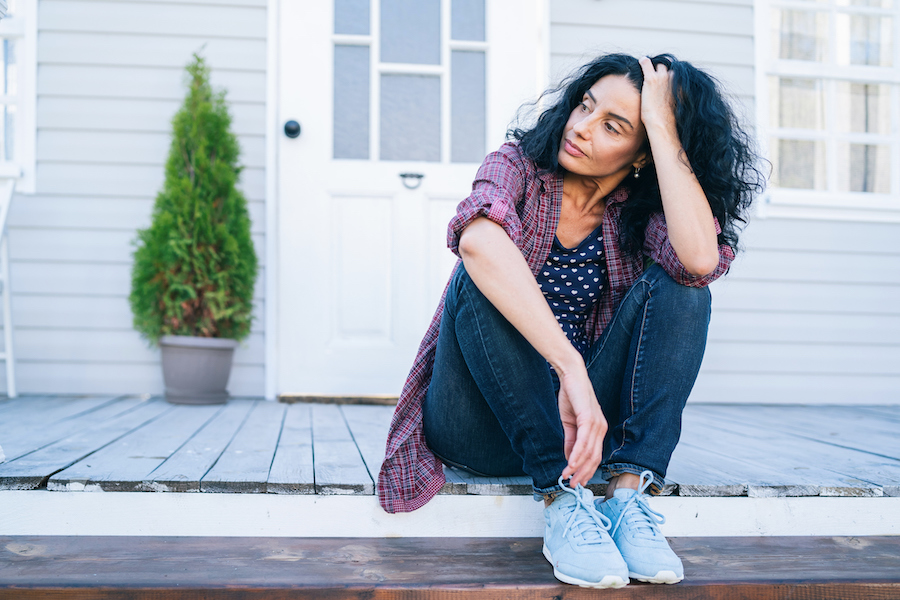 Mental Health and Mood shifts during menopause and at menopause are most often mild. “Milder depressive symptoms have clearly been linked with hormones.

Shifts in the levels of female hormones can cause temporary mood changes, including symptoms of depression.

The years leading up to menopause and the transition itself can bring changes to your body. But they can also have an effect on your mind, specifically your mental health.

The incidence of depression doubles during this time. Women who have struggled in the past with depression or anxiety might also see a resurgence in symptoms.

Shifts in the levels of female hormones can cause mood changes at other stages of life, so it’s not necessarily surprising that they can have some effect on mood during the menopausal transition as well, says Dr. Hadine Joffe, the Paula A. Johnson Associate Professor of Psychiatry in Women’s Health at Harvard Medical School and executive director of the Connors Center for Women’s Health and Gender Biology at Brigham and Women’s Hospital. Premenstrual dysphoric disorder (which is a more severe form of premenstrual syndrome, affecting mood) and postpartum depression are other examples of conditions that are driven by hormonal changes inside the body — in these cases, before menstruation or after childbirth.

Mood shifts during perimenopause and at menopause are most often mild. “Milder depressive symptoms have clearly been linked with hormone changes,” says Dr. Joffe. For example, Joffe was the lead author of a 2019 study in The Journal of Clinical Endocrinology & Metabolism that linked an increase in depression symptoms at perimenopause with fluctuations of two hormones, progesterone and estradiol (the most potent form of estrogen). But when it comes to major depression (the more severe form of clinical depression), the link to female hormone changes is not clear.

The vast majority of women who develop significant mood issues during perimenopause have had them in the past. It’s relatively rare for someone with no history of depression or anxiety to suddenly develop a severe case of it at menopause, says Dr. Joffe. In addition, midlife — when menopause occurs — is a time when women sometimes face multiple sources of stress, including caring for children, dealing with aging parents, and navigating life changes, all of which may contribute to the incidence of depression and anxiety at this age.

While research has clearly linked menopause and depression, the connection is less clear when it comes to anxiety. “We know a lot less about anxiety in menopause,” says Dr. Joffe. There is some evidence that women are more likely to experience panic attacks during and after the menopausal transition, she says. (A panic attack is marked by a sudden sense of extreme anxiety, accompanied by symptoms such as sweating, trembling, shortness of breath, or harmless heart rhythm disturbances called palpitations.)

Changes in your physical health at the time of menopause may also drive mood changes. For example, anxiety may be triggered by an overactive thyroid gland, which becomes more common with age. In addition, anxiety and depression may be triggered by a lack of sleep, which also becomes more common at the time of menopause, as hormone shifts cause nighttime hot flashes or other sleep disruptions that make it more difficult for women to get the rest they need.

So, what can you do to protect your mental health as you go through menopause?

Be aware that mood changes may accompany other menopausal symptoms.

Monitor your mood and make note of patterns in other factors such as sleep and stress levels. Seek professional help if symptoms become severe and interfere with daily life.

Reach out to others. Don’t struggle alone.

Know that it’s temporary. Typically, the mood changes that accompany female hormonal changes during the menopausal transition won’t last. “Data show that these hormone-related risks ease with increasing time after menopause,” says Dr. Joffe. People who opt to treat their condition using antidepressants or other methods won’t necessarily have to continue treatment forever, potentially just through this time period, she says. “I see a lot of women who are really fearful that they are descending into a dismal aging experience,” says Dr. Joffe. This is not the case, and help is available.

0
Your Cart
Your cart is empty
Continue Shopping
Apply Coupon